Boating and Sea Otters: No Wake for Otters' Sake

Boaters departing Moss Landing Harbor early on the opening day of salmon season navigate carefully past a large group of sea otters near the jetty.

By Colleen Young and Gena Bentall

Every sea otter that is found dead in California is examined by personnel from California Department of Fish & Wildlife or The Marine Mammal Center. Most carcasses undergo a necropsy (an autopsy for any non-human animal) to determine the cause of death. From these examinations, researchers conclude the most likely cause and manner of death using all available evidence and their expertise, just like a medical examiner. In recent years, the number of sea otters recovered with mortal injuries consistent with a boat collision has dropped. Thank you to all the boaters watching out for sea otters and all marine wildlife! 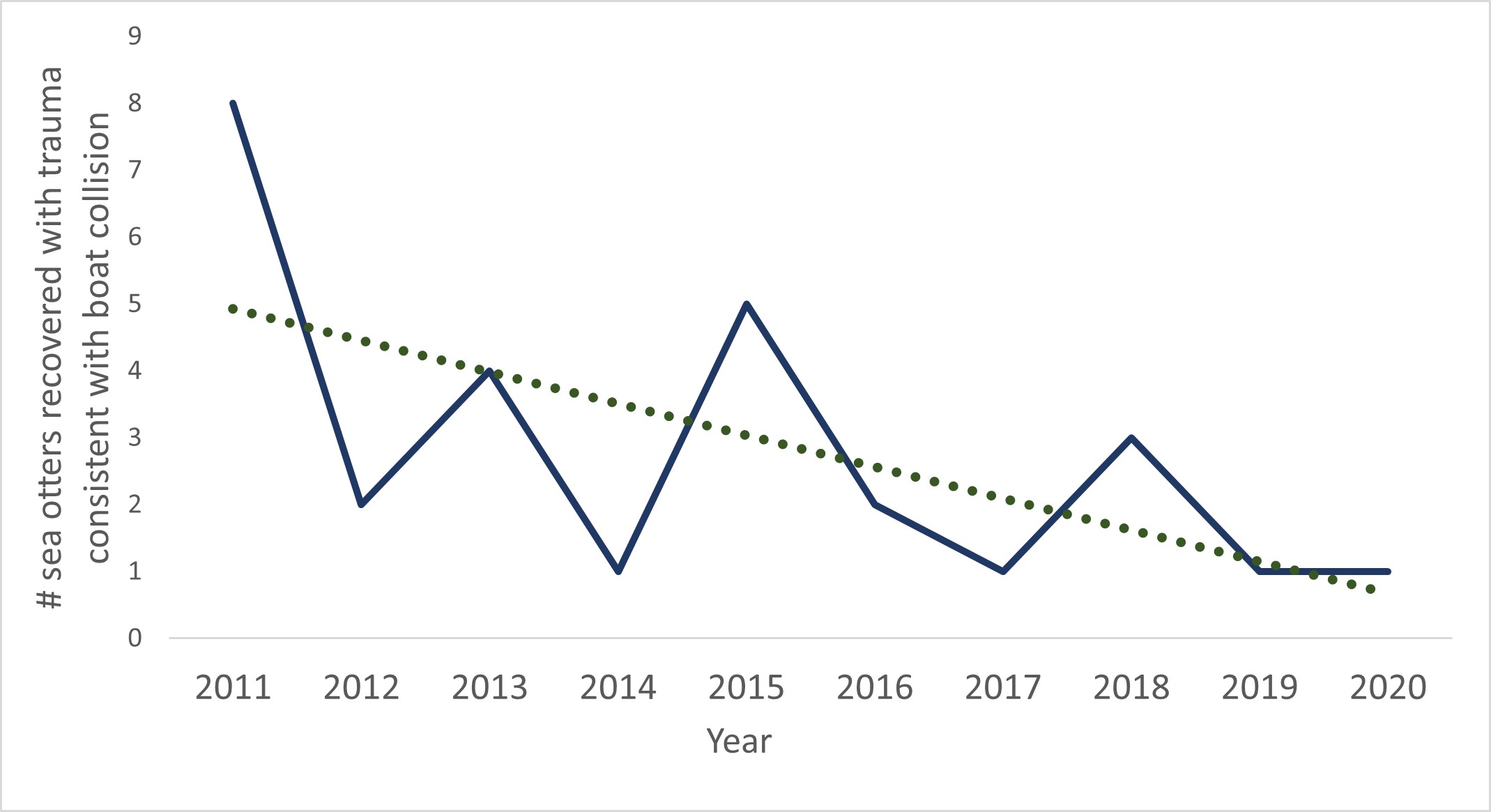 Anglers are often in a hurry to head out as recreational fishing seasons open. But with large numbers of sea otters living in or near harbor areas along the central California coast, wildlife experts are concerned about accidental deaths of otters caused by boats speeding out to sea. Considering the proximity of boaters and sea otters in harbors and bays, boat strikes are relatively uncommon. Most central coast boaters are conscientious and aware of local wildlife, following both boating and wildlife safety practices. Unfortunately for sea otters, it only takes one speeding or inattentive boater to cause devastating, often fatal injury.

“We all benefit from the amazing natural bounty off our coastline, but we’re also responsible for protecting it. It takes just a few extra seconds to slow down when traveling between the harbor and the open ocean, but it could mean the difference between life and death for a sea otter in the area.” — Lilian Carswell, Southern Sea Otter Recovery Coordinator for the U.S. Fish and Wildlife Service 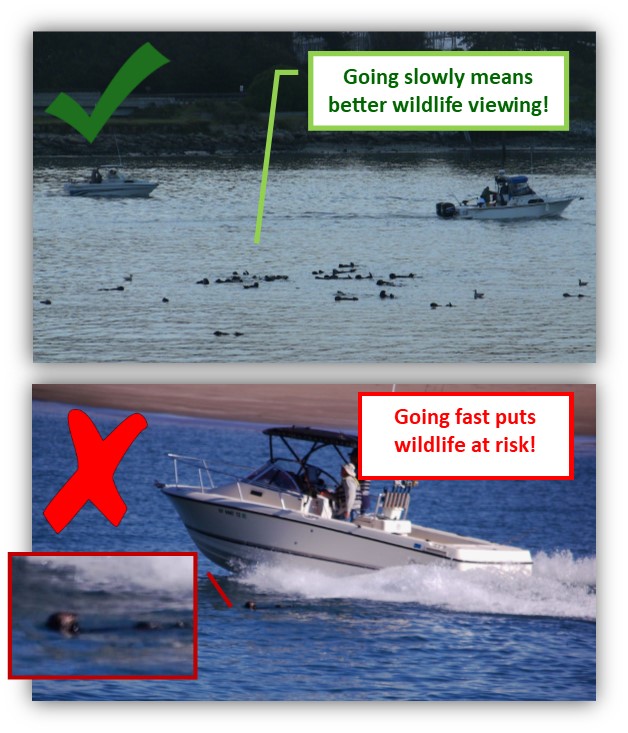 Foraging sea otters are at greatest risk for boat strike. Sea otters dive for food in the harbor and slough channels and may surface unexpectedly near water craft—it is the boater’s responsibility to avoid contact.  Here are tips to help boaters avoid collisions with sea otters and other wildlife:

Resting sea otters are also at risk! Boaters may  encounter sea otters resting alone or in groups inside the harbor, in kelp or eelgrass beds, or in open water.  When the harbor is busy, resting otters may be subjected to repeated disturbance, causing them to swim away or dive to avoid any water-craft approaching too closely. Chronic disturbance to resting sea otters can waste energy, which is especially detrimental to sea otters, which don’t store energy in the form of a blubber layer like other marine mammals. Conserving energy is important for all sea otters but is particularly critical for mothers raising pups. Sea otters resting in kelp or eelgrass may be difficult to see until it's too late. Slow speeds in and around kelp or eelgrass canopy reduce the risk of collision, preserve kelp canopy, and reduce risk of prop entaglement.

Tips for avoiding collision or disturbance of resting sea otters: 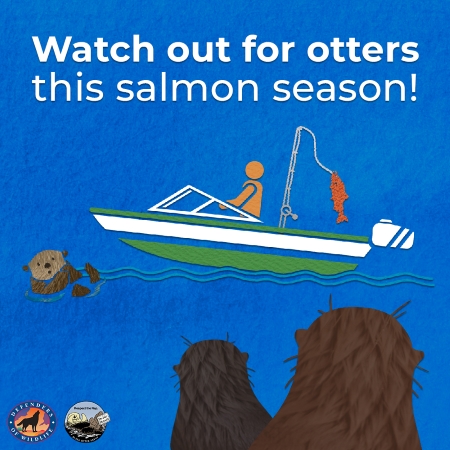 The central California coast offers habitat ideal for both sea otters and human recreation. Sea otter deaths from boat strikes – while unintentional – are easily preventable through increased boater attentiveness and by practicing safe boating.   Sea Otter Savvy joins the Defenders of Wildlife, California Department of Fish and Wildlife, US Fish and Wildlife Service, City of Morro Bay Harbor Department, and the  Moss Landing, and Monterey Harbor Districts in reminding recreational anglers and boaters to safeguard sea otters and other marine mammals and birds by slowing down in harbors. Observe “no-wake zones” so both wildlife and humans can safely enjoy our coastal waters. Slower boats also have a better chance of observing natural sea otter behaviors; a real treat for those with the patience and respect to observe these amazing critters at a reduced speed and an appropriate distance.

Anthropogenic (human-caused) sources of sea otter mortality include gun shots, entanglement, entrapment, and boat strikes.  Although these causes of mortality are relatively uncommon (see the CDFW web page), this category is the most preventable source of sea otter deaths in California. For those already observing wildlife safe boating practices—well done! Don't be afraid to remind others to follow your example.

What else can you do to help? Spread the word on social media, or on your website! Download, print and distribute our No Wake for Otters' Sake flyer.

Colleen Young is an sea otter biologist with the California Department of Fish and Wildlife and a science advisor for Sea Otter Savvy.