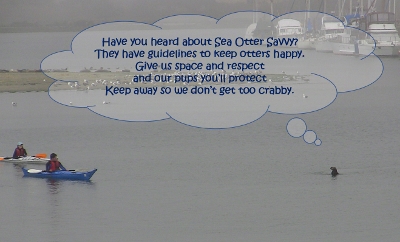 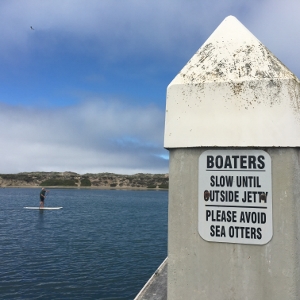 NOTE: This contest ended September 2017. Look for another contest in 2019!

Are you clever with a limerick? Do you want to be a hero for the sea otters of Moss Landing? Sea Otter Savvy is hosting a contest for the best limerick to feature our guidelines for savvy paddling in Moss Landing Harbor and Elkhorn Slough.  With the support of the Moss Landing Harbor District, we will be placing warning signs to remind paddlers that are launching from the North Harbor boat launch and nearby beach to observe the following guidelines for keeping both sea otters and humans safe:

The winning limerick will best encapsulate these guidelines within a traditional limerick scheme. A limerick is a poetic form composed of one stanza with five lines and a rhyme scheme of “AABBA” that usually is humorous. Here’s an example:

As you paddle today up the slough,

Keep in mind these 3 things you must do:

Give sea otters some space,

Know they may bite your face,

And Jetty Beach landings won’t do

To facilitate creativity and insure clarity, the guidelines will be included as written above at the bottom of the final sign. While offcolor limericks may entertain the judges, they will not be considered for the contest. A panel of Sea Otter Savvy advisers will review and choose the winner. The winning limerick will be featured on three signs to be placed at key watercraft access points in the North Harbor. Submit your entry through Sea Otter Savvy’s Facebook Messenger, or via email to with “Sea Otter Savvy Limerick Contest” in the subject line. Entries must be received by midnight, September 15, 2017 to be considered. Get out and rhyme! 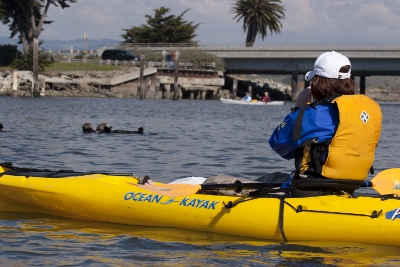