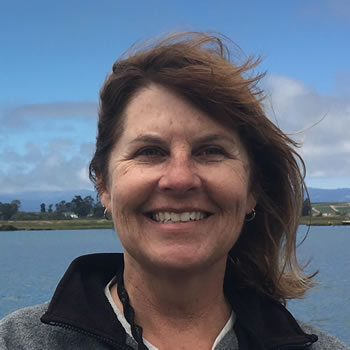 Since 2001, Gena has worked as a sea otter biologist, studying sea otters in such wide ranging locations as the Aleutian Islands, Russia’s Commander Islands, San Nicolas Island off the coast of Southern California, and along the Central California coast. She studied zoology and marine biology at Oregon State University in Corvallis, and obtained her master’s degree in Ecology and Evolutionary Biology at the University of California Santa Cruz under Dr. James Estes. After years of studying sea otters in the wild, Gena has learned much about their unique biology and behavior, and witnessed first-hand the chronic nature of disturbance to sea otters by human recreation activities. In early 2014, together with members of the Southern Sea Otter Research Alliance, she first began to pursue the idea of organizing a program specifically dedicated to alleviating this chronic disturbance through education. Gena now coordinates the Sea Otter Savvy program and reaches out to the central coast communities of Monterey, San Luis Obispo, and Santa Cruz counties and is a Research Affiliate at Moss Landing Marine Laboratories.

Listen to an interview with Gena on the Projects for Wildlife Podcast: 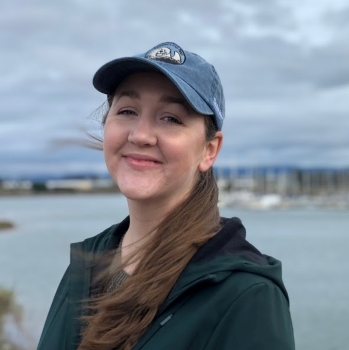 Heather’s interest in sea otter conservation and ecology has developed through her undergraduate degree at UC Santa Cruz, internship through the Monterey Bay Aquarium, and graduate research at Moss Landing Marine Laboratories. As the Science Communication Director, Heather will refine science communication strategies, oversee creation and promotion of science-related materials, lead science-related media relations, and develop special projects for outreach that will support Sea Otter Savvy’s mission. As the Research Scientist, Heather will continue her research interests in human disturbance to sea otters. 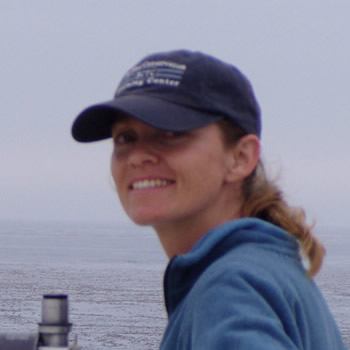 Lilian Carswell is the Southern Sea Otter Recovery and Marine Conservation Coordinator for the US Fish and Wildlife Service, where she has worked on sea otter and marine policy issues since 2002. After graduating from UC Berkeley with a double major in environmental science and English, she earned a PhD in literature at Columbia University and subsequently completed a Master’s degree in ecology and evolutionary biology under the direction of Dr. James Estes at UC Santa Cruz. Lilian collaborates with scientists, resource managers, project proponents, and the public to minimize the negative effects of human activities on southern sea otters and to facilitate the return of these apex predators to the nearshore marine and estuarine ecosystems in which they evolved. 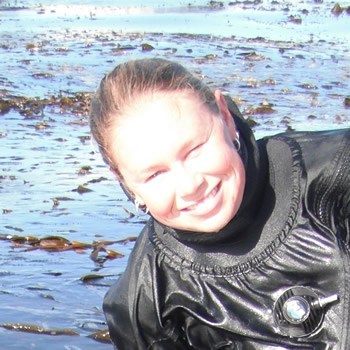 Colleen Young is an Environmental Scientist/Sea Otter Biologist with the California Department of Fish and Wildlife Office of Spill Prevention and Response (OSPR). Although most of her work involves oil spill-related duties and sea otter mortality research, she is also interested in studying and reducing human-caused disturbance to wildlife. She has a B.S. in Animal Biology (UC Davis, 2006) and an M.S. in Marine Science with an emphasis in Marine Vertebrate Ecology (Moss Landing Marine Laboratories, 2009). For her Masters research she studied effects of vessel disturbance on harbor seals in Glacier Bay, Alaska. Colleen is excited to continue working on wildlife disturbance issues through her involvement in the Sea Otter Savvy program. 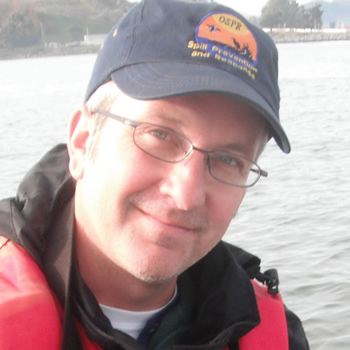 Laird Henkel is a Senior Environmental Scientist with the California Department of Fish and Wildlife Office of Spill Prevention and Response (OSPR). Since 2011, he has acted as Director of OSPR’s Marine Wildlife Veterinary Care & Research in Santa Cruz, the hub for the Department’s work with sea otters. Previously, Laird worked primarily with marine birds. He studied biology at U.C. Santa Cruz (B.A. 1992) and marine science at Moss Landing Marine Labs/Cal State Monterey Bay (M.S. 2003). He has been involved in various marine wildlife restoration and recovery programs, and is also a member of the Technical Advisory Committee for the Seabird Protection Network. 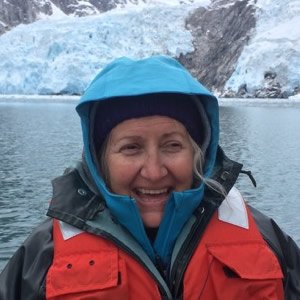 Michelle worked as a sea otter biologist and ecologist for the Monterey Bay Aquarium for 35 years. Collaborating with several governmental and university organizations she has participated in sea otter field research in California, Alaska and Canada. She was the Sea Otter Field Manager for the Aquarium’s Sea Otter research and Conservation program, overseeing ecology and conservation projects on sea otters in the wild throughout their north Pacific range. Michelle now directs her unparalled expertise on sea otters to private consulting and research partnerships. 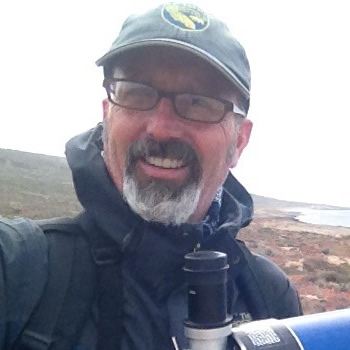 Mike Harris manages the sea otter field research program for the CDFW-Marine Wildlife Veterinary Care and Research Center. Mike graduated from Cal Poly, San Luis Obispo with a B.S. in Biological Sciences, concentrating in Marine Biology in 1990. Since 1991 Mike has been part of a collaborative team of scientists that monitors the California sea otter population and conducts research pertinent to marine ecosystem health and sea otter conservation and management issues.

Andy Johnson managed the Monterey Bay Aquarium's pioneering work with California's threatened sea otter population for 20 years, and he now serves with Defenders of Wildlife's California program. At the Aquarium, he oversaw rescue and care efforts for stranded sea otters, supported sea otter field and in-house research activities, and fostered collaborations on sea otter recovery within an alliance of federal and state agencies, universities, and conservation groups. In his position with Defenders of Wildlife, he continues to advance sea otter conservation initiatives as well as coastal and marine protection programs in California.

Joe is a biologist with the US Geological Survey, Western Ecological Research Center Santa Cruz field station. He is broadly interested in the ecology of coastal marine communities, particularly the influences of vertebrate predators on community structure. He obtained his B.S. and M.S. in Marine Biology from the University of Miami (FL) before starting a career in sea otter research in 2008. Most of his research has focused on sea otter populations around the Northeastern Pacific Ocean, particularly in California and Alaska. Many of these studies attempt to answer questions related to sea otter population biology and behavioral ecology. In addition to sea otter population studies, Joe also works on various subtidal and intertidal marine ecology projects that enhance our understanding of the links between otters, kelp forests, estuaries, and people. Joe is also an accomplished nature and wildlife photographer and has written articles and led Sea Otter Savvy photo workshops instructing photographers in the techniques required to create stunning wildlife images in a responsible and respectful manner.

Kate’s research focuses on stakeholders’ knowledge, attitudes, and decision-making in complex governance of oceans and climate. Kate holds an MSc in Natural Resources and Environment from the University of Michigan and a PhD in Public Policy and Management from the University of Washington. Her passion for understanding the conditions that facilitate sustainable human interaction with the natural world springs from decades spent living in varied areas of outstanding natural beauty, including the Monterey Bay area, where she participated in Southern sea otter field research led by Gena Bentall and coordinated by the Monterey Bay Aquarium.

Harry the beagle has 8 years of sea otter research experience and has spent many hours in the field studying sea otters (and ground squirrels). He now monitors disturbance and works as an ambassador for Sea Otter Savvy and sea otter biologists. He is a beloved member of our citizen science team!

Friends of the Sea Otter