Sea Otter Killed by Vehicle While Crossing Road in Moss Landing. Slow Down for Sea Otters! 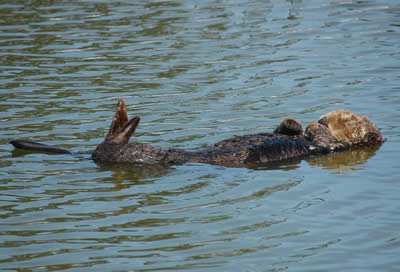 Last week Sea Otter Savvy shared a video of a male sea otter, a well-known resident of the south harbor in Moss Landing. He was crossing the road that separated a section of adjacent wetlands (where he had found a good foraging spot) from his resting spot in the harbor. In recent weeks he had developed a routine of swimming through the culvert that passes under the road to find food on the other side. When finding the tidal gates of the culverts closed upon his return, he would walk up the bank, across the road, and dip back into the south harbor to rest.

Those of us whose work concerns sea otters and their welfare recognized this as an inherently dangerous behavior and began discussing ways to prevent this sea otter from becoming a casualty on the high traffic road. A concerned community member erected a “Sea Otter Crossing” sign to warn drivers.

Tragically, while crossing the road at night on the eve of Independence Day, the south harbor male was struck and killed by a passing vehicle. The driver did not report the incident, and the sea otter’s body was found and reported by the harbor district staff. It was a shocking end to the life of a beautiful, healthy animal’s life. For the many of us who passed by or visited this charismatic male, arguably the most recognizable and most photographed wild sea otter in California, this feels like the loss of a friend. 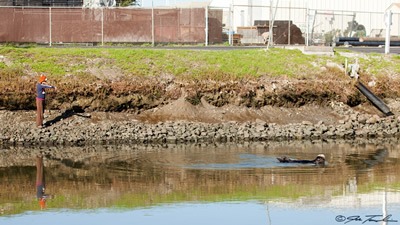 We will continue to search for solutions, to take action to prevent other sea otters from meeting the same fate. Anyone who drives knows that while this is a rare cause of death for marine mammals, it befalls many other species all too often. We build roads with the intention of getting from one place to another efficiently, but we sometimes don’t consider the sometimes long-established corridors of travel for wildlife. Animals need to travel between resources (food, shelter, mates) that are separated in space. Those needs are tied to their survival and so they will cross roads, and die on them, until we give them alternatives.

What can you do? If you are driving in Moss Landing where sea otters are neighbors, drive carefully and watch for wildlife on the road. Known sea otter crossings are on Moss Landing Road between the south harbor and the Moro Cojo Slough adjacent to the Whole Enchilada restaurant and on the Jetty Road entrance to Moss Landing State Beach. Remind visitors to drive with care and attention. Our short-term goal is to erect warning signs at these locations, with long-term hopes of a safe passage corridor beneath the road.

Learn more on our Facebook page here and here. 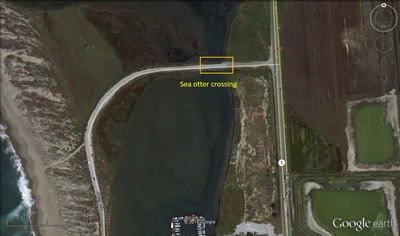 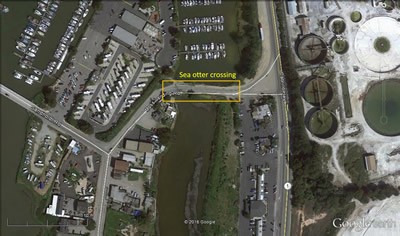