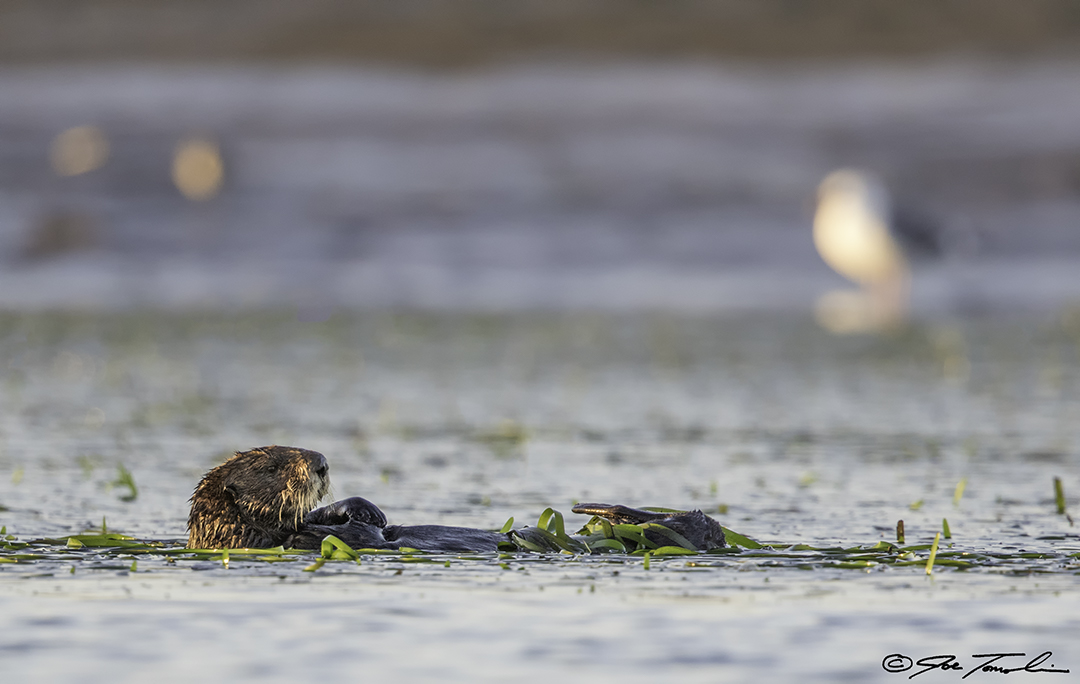 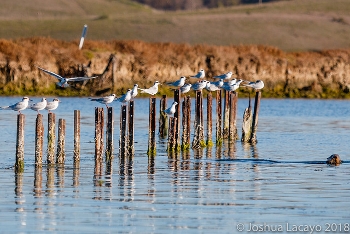 Sea otter foraging near Forster's Terns, Josh LacayoThe participants of our Sea Otter Photography Workshop last February were treated to a day of near perfect weather on the beautiful Central California coast.  Our day started off great with a sunrise boat excursion up Elkhorn Slough during wonderful morning light and plenty of sea otters, harbor seals, and a variety of wetland bird species. We were lucky to spot sea otters resting in the pickleweed on the banks of the slough--a site unique to Elkhorn Slough!  A Northern Harrier was seen perched near the water on a marsh levy, and a row of perfectly spaced Forster’s Terns were the non-mammalian highlights of the morning. Participant Josh caught an image of a sea otter foraging near the tern lineup! 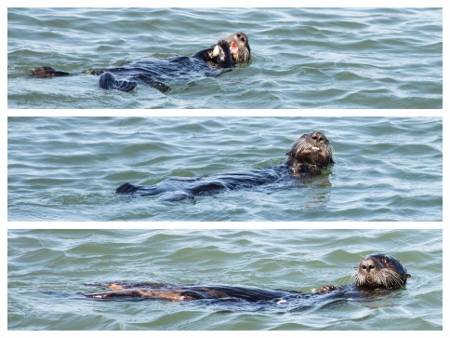 Foraging sea otter series, Terry and David SchullerDuring the middle of the day our participants battled bright and harsh overhead sunlight, but were treated to some very close foraging sea otters while we were scouting shore-based shooting locations.  As our photographers set their tripods on the south jetty of Moss Landing Harbor, they found two otters foraging from the jetty rocks and harbor channel and created some great images of otters eating crabs, Gaper Clams, Fat Innkeeper Worms, and California Mussels. A visit to the famous Jetty Road bachelor raft provided opportunities to photograph sea otters in groups and the human encroachment they face in Moss Landing. Viewed safely from shore, otters in this raft can display a wide range of social behaviors.

We rounded out an otter-filled day with an evening cruise up Elkhorn Slough during the “Golden Hour,” and at low tide, a recipe for great images of sea otters resting in eel grass beds.  A feeding mother and pup surfaced near the boat, and appeared not to even notice our presence, which gave us an opportunity to capture those coveted mom/pup feeding images.  To round out a spectacular day, our guests were in for a rare treat as a Bottlenose Dolphin escorted our boat off into the sunset.

Sea Otter Savvy workshop participants and leadersThe theme throughout the day was the endless possibilities to create beautiful photographs and have once in a lifetime experiences, all without disrupting  the behavior of the wildlife we enjoyed. The Whisper Charter's Selkie ll, captained by Joonya, always kept a respectful distance to avoid disturbing the otters, harbors seals, and birds along the way. Shore-based photography was fun and productive as participants remained unnoticed by their subjects. Our Sea Otter Savvy Photography Workshop left no trace behind, and took nothing away but beautiful photographs and memories.

Our next Sea Otter Savvy Photography Workshop is planned for September 30, to coincide with Sea Otter Awareness Week. Places are limited so REGISTER NOW!