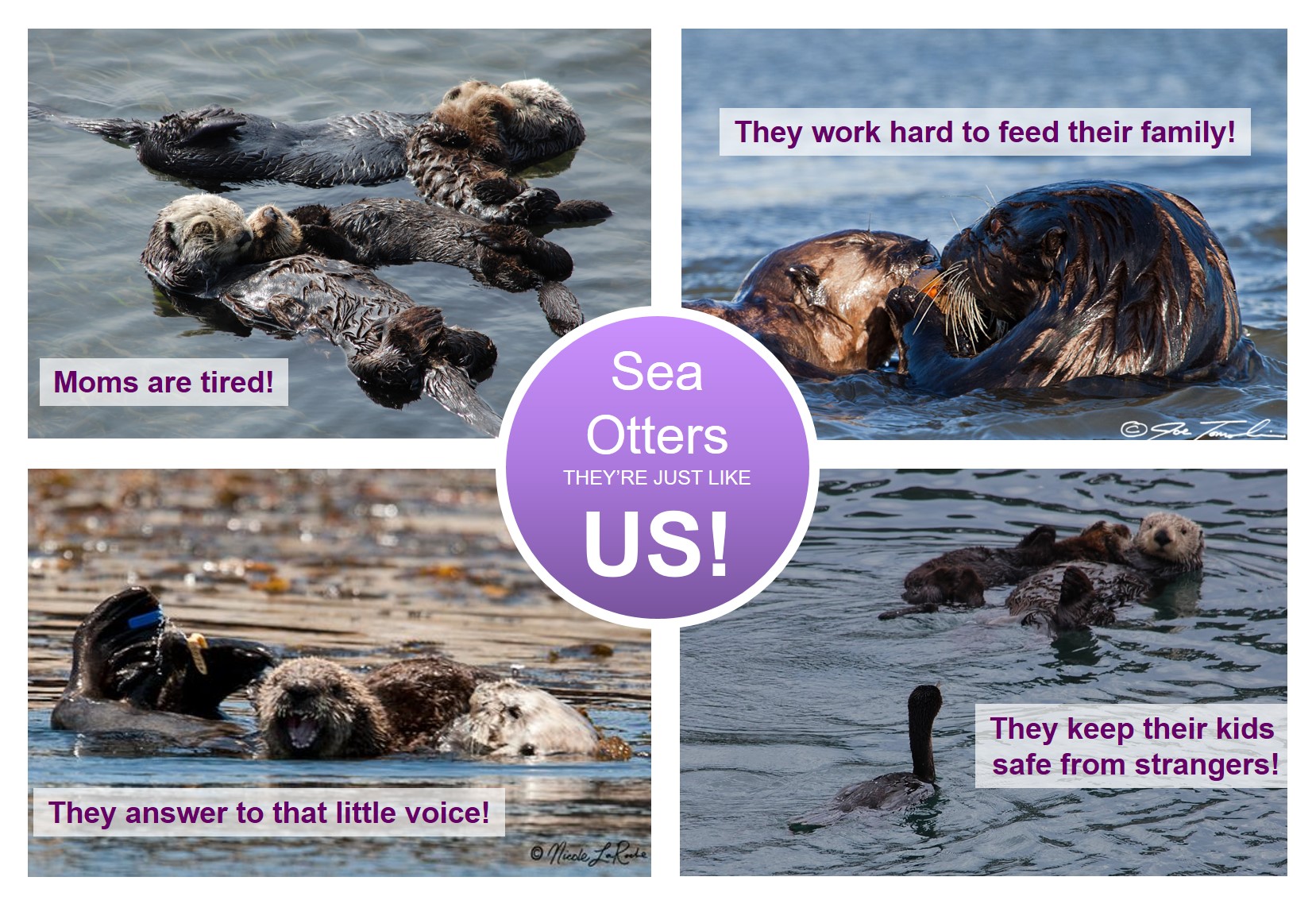 The Single Moms' Club: A pup a year deserves a cheer!

by Claire Mayer and Gena Bentall

It is no big secret that parenting is a full-time job. Imagine having one baby a year until the day you die! Such is the life of our devoted sea otter mothers. Not only do they give birth (on average) to one pup each year, but they will have and rear pups into their senior years! Along with mothering multiple pups throughout their lifetimes, sea otter moms do it single-handedly. They are truly “single mothers”, with no child support or help with pup-rearing from dad. After courtship and mating, males are out of the picture and mom is the sole provider of six months of constant pup care. No nannies, babysitters, or grandparents will share the load with these moms.

Mother sea otter will give birth at sea and then be a 24/7 caregiver for her new offspring as he or she transforms, over the next 6-8 months, from a helpless bundle of fur into a young sea otter ready to make it alone in the ocean. Her body will make rich milk to nurse her growing pup, and when the pup is just a few weeks old, she will share her prey, teaching her pup what’s good to eat and how to eat it. As any parent can relate, these months of dependency can be physically taxing, and sea otter moms will be pushed to their survival limits by the time their pup becomes independent. Every year her reproductive cycle replays ─ estrus, pregnancy, birth, pup rearing, weaning, estrus ─ until her death. She will give her all to launch successful, independent sea otters into the world. 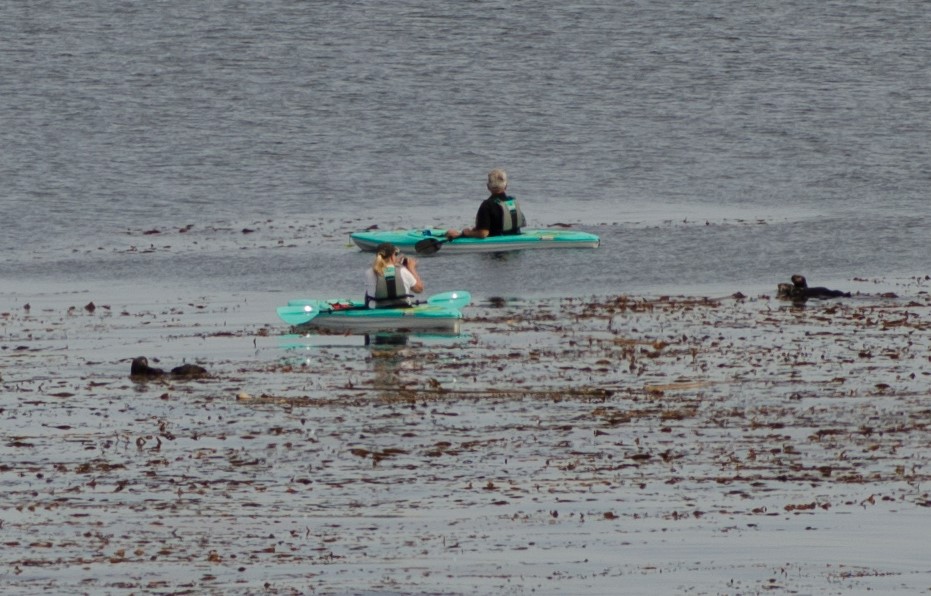 Kayakers approaching too close to sea otter moms with pups can cost them energy they can't afford to lose! Give them space! Just like many in human society, an individual’s status as a parent may not be obvious at a glance.  The sea otter you spot swimming by your kayak or sleeping deeply in a kelp bed could well be in the Single Moms' Club. She could be caring for a dependent pup or pregnant with her next pup (it’s hard to see her baby bump). She could also be in estrus (the scientific term for “heat”) and contending with persistent male suitors while she’s trying to find the food she needs to stay alive.

Just as we respect the demands of the all mothers within our own society, keeping our distance allows these sea otter moms to perform their important job of bringing new sea otters into the world. Next time you see a wild sea otter, think of the mothers! Rather than approaching that single mom for a selfie we suggest appreciating all that she is and does from afar. Be a hero to the next sea otter you meet, and respect their well-earned nap! 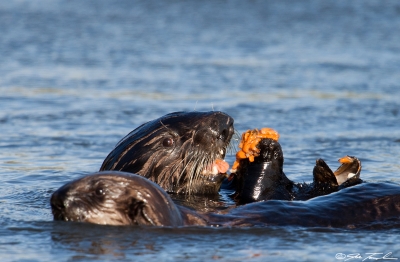 Sea otter moms start offering solid food to their pups at just a few weeks of age. Pups first learn about foraging from their moms--what critters to eat, how to find them, and how to handle spines, hard shells, and pinchers. By the time her pup is ready to become independnet, she will be handing over as much as 1/3 of her prey to her growing pup! 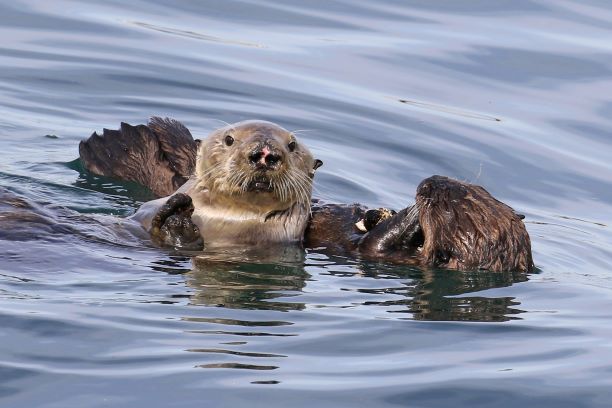 How long will a female sea otter continue to have pups?

Sea otter females do not experience reproductive senescence and will have pups every year throughout their 15-20 year lifespan. 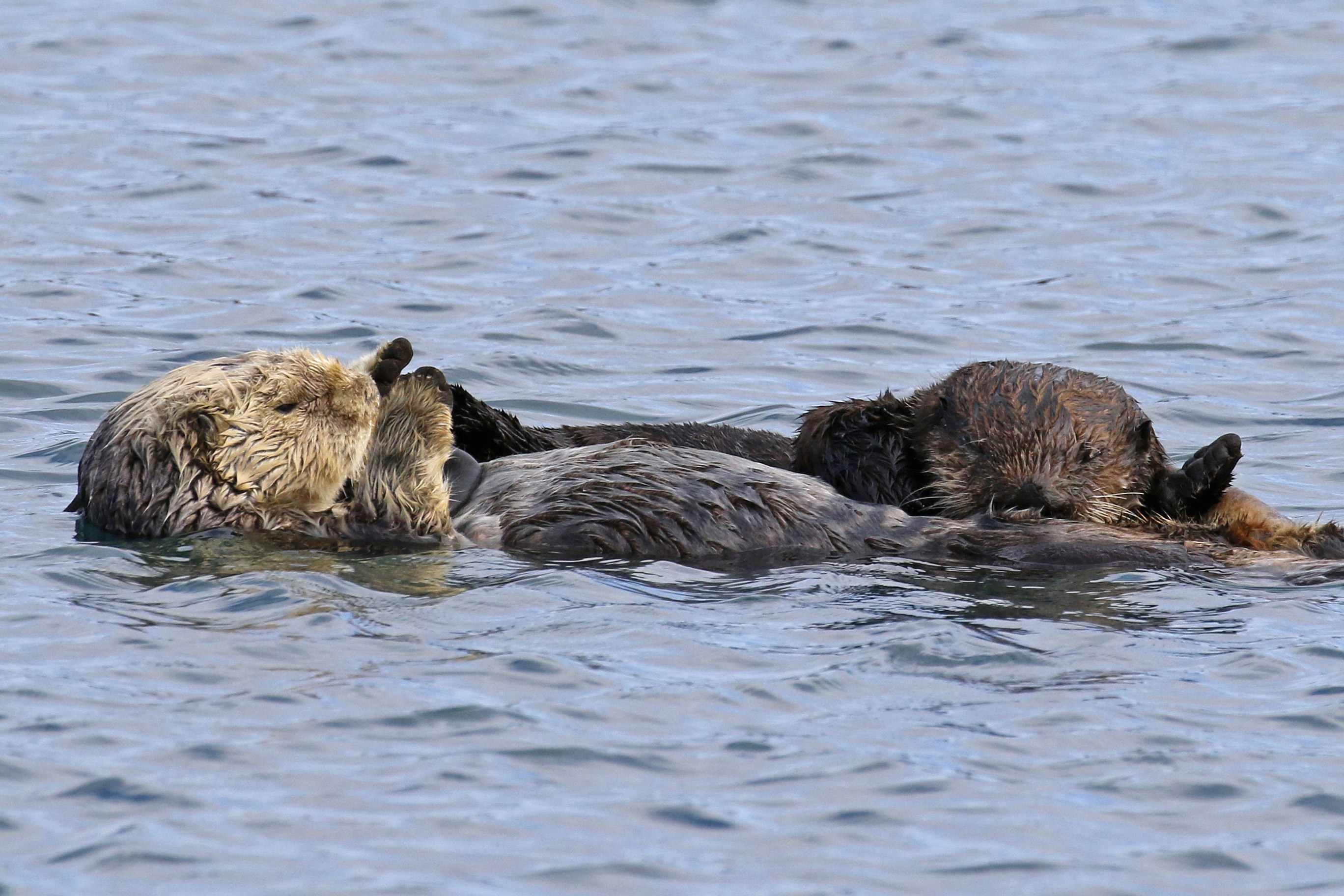 How long do sea otters nurse their pups?

Mother sea otter will nurse her pup right up until the day they are weaned, usually around 6 month of age! It takes a lot of energy to produce this rich milk.