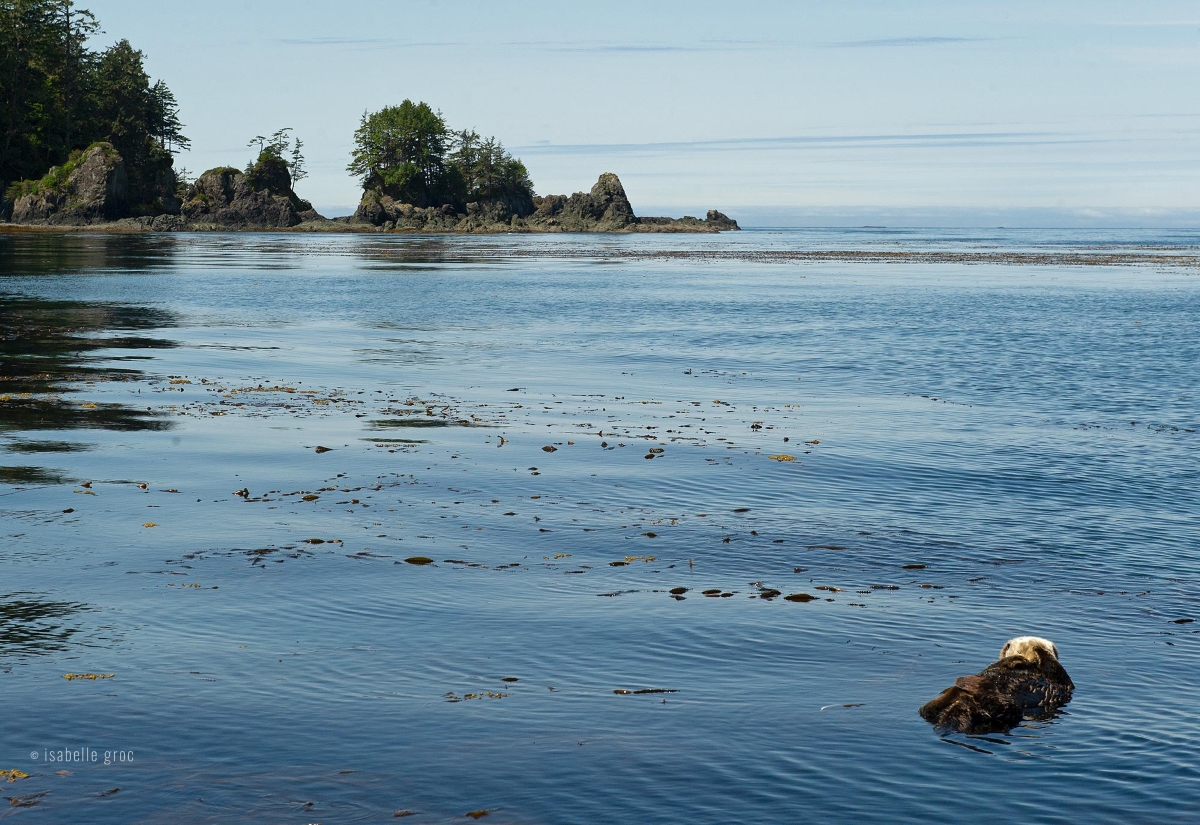 This photo of a sea otter at rest in kelp canopy was taken on the west coast of Vancouver Island, British Columbia from a boat, at a respectful distance, with a Nikon D3 S with a 24-70mm lens

When it comes to photographing wildlife, most of us are looking to create a connection with our subject, revealing the personalities of animals. We tend to focus on the eyes, working tight with long lenses, to create intimate and revealing images. The background may be irrelevant. What matters is the visual relationship between the photographer and the photographed animal. Our audiences also naturally tend to be attracted towards images that get us closer to the animal, whether it is an elephant, a polar bear, or a sea otter. These wildlife portraits are the ones that are often the most popular on social media.

We are particularly drawn to charismatic, beautiful animals, while numerous species are constantly ignored. I experienced this bias when I started working on my documentary Toad People. Many people repeatedly challenged us on our choice to focus on western toads, an amphibian whose delicate beauty was not immediately apparent.

Do portraits of charismatic wildlife truly create a lasting connection with nature? Do they help motivate audiences to protect and conserve the featured animals? Do they promote a sense of care? I would argue that while close-up wildlife images can be compelling on an emotional level and get people’s immediate attention, they do not always help towards the long-term conservation of species.

These photographs offer an abstract view of wild species, disconnected from their environment. In this moment, we forget that the animals are an integral part of a complex, interconnected, diverse system. No species exists in isolation as the images may lead us to believe.

Research exploring the “paradoxical extinction of the most charismatic animals” reviewed the conservation status of the 10 animals considered the most charismatic by the public: the tiger, the lion, the elephant, the giraffe, the leopard, the panda, the cheetah, the polar bear, the gray wolf, and the gorilla. The study published in 2018 and led by Franck Courchamp of the University of Paris-Sud found that all these species except for the gray wolf were classified as either Vulnerable, Endangered, or Critically Endangered according to the IUCN Red List.

What is particularly troubling is that Courchamp and his team found that the public was often unaware that the animals they deemed charismatic were threatened with extinction. Why was there such a lack of awareness? The study suggests that “people base their perception of these species on their virtual rather than real populations.” In other  words, as people are inundated every day with images portraying the animals, they are led to believe that they are way more abundant in the wild than is accurate.

When we show close-up portraits that separate wildlife species from their natural habitat, we, as photographers are contributing to this problem and are disconnecting ourselves further from nature as a complex system. Habitat destruction is the number one threat faced by many species, whether they are charismatic or not. I believe photographers have the responsibility to visually reconnect the animals to their habitat and symbolically give them their space back.

It is time to take a step back and reinvent our vocabulary. Wildlife images should not just be stand-alone abstract portraits. Instead, they can become part of a larger story that helps create awareness and connects the public to the predicament of species in the wild. Rather than zooming in or cropping our subject, how can we zoom out, see the big picture, and show the connections between the animals and the wild places they live in? 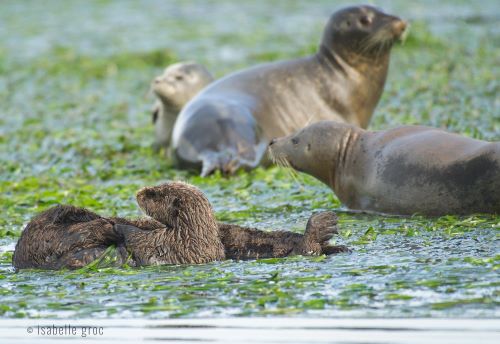 Sea otters at home in an estuary eelgrass bed with neighboring harbor seals. Photo was taken in Elkhorn Slough at a respectful distance from a boat using a Nikon D3 S with a 200-500 mm lens and 1.4 converter.Sea otters are a great example that illustrates this approach to wildlife storytelling. I have photographed sea otters for the last 12 years, and have come to understand how their role as a keystone species is essential to a rich, complex and connected ecosystem, contributing to the overall health of the planet.

Like many other people, I first fell in love with their beautiful faces and wanted to capture all the details of their whiskers and paws with my camera. But as I spent more time studying the animals and interviewed biologists, the more I came to understand that sea otters reveal the importance of fully functioning ecosystems. Sea otters inspired me to see the big picture. I realized that everything was connected and that when one species is removed from the system, there are cascading effects that we barely comprehend.

This was a turning point for me as a photojournalist.  I no longer just wanted to create the images that revealed the variety of sea otters’ behaviours, I also looked for ways to visually “frame” these animals in the context of their multidimensional story of how they transform their environment in both obvious and subtle ways. This meant paying attention to the details of the local ecosystem, from invertebrates in the rich intertidal zone to birds, seagrass and kelp. It also stressed the importance of becoming familiar with the scientific knowledge that has been gathered  about the animals. The science now guides my visual storytelling.

In doing so, I have not only been able to document the world of the sea otter, but also rethink how I can visually give space back to all the species I photograph and tell the larger stories of diverse wildlife systems. My hope is that this approach can enhance our relationship to nature and encourage us to not see wildlife as abstract art but actively educate ourselves about the threats they face and take steps to protect the natural world.