The Jetty Road Boys: Where Are They?
By Gena Bentall 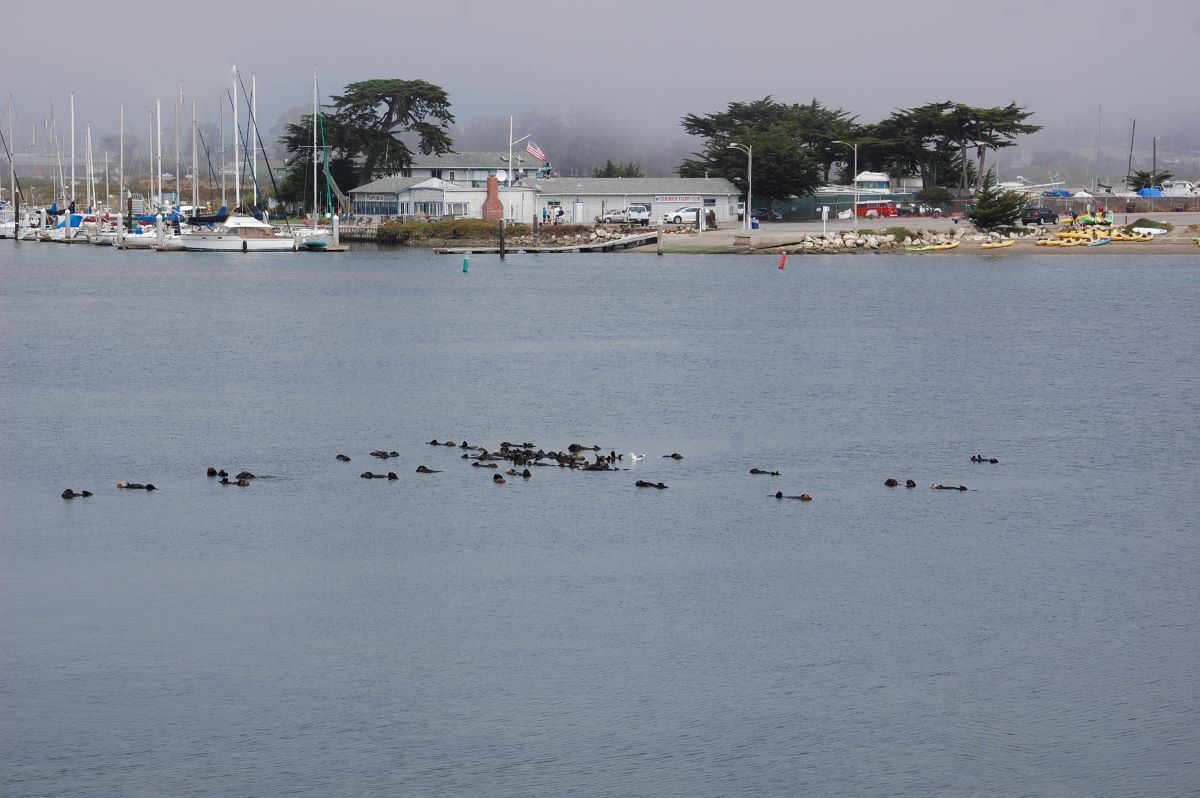 The all male Jetty Road raft in Moss Landing harbor in January of 2018. Photo by Gena Bentall

The staff at Sea Otter Savvy love to answer questions about sea otters, and we get a lot of them through our website contact page and social media accounts. We have received a lot of questions about the “missing” sea otters of Moss Landing, enough to warrant a special blog. 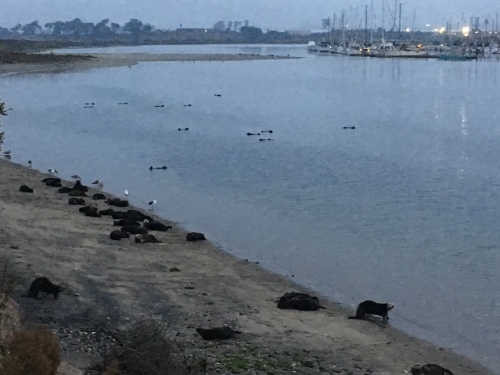 Sea otters at Jetty Road would sometimes haul out on the beach, especially at night. Photo by Gena BentallMany have noticed that the iconic raft of bachelor male sea otters that was a predictable and charismatic feature of Moss Landing’s north harbor is absent. The numbers of sea otters in Moss Landing harbor has indeed changed. For decades, a male bachelor raft had a steady presence in the north harbor and was locally referred to as the "Jetty Road Raft" after a favorite nearby viewing spot for vistors and researchers. Sea otters group separately by sex, and male groups like this are a normal occurrence in all populations. In August of 2019 this raft suddenly dispersed and has not returned. The reason for this sudden dispersal is unknown but—as with any vanishing—there is no shortage of rumor and speculation by scientists, locals, and visitors. It is nearly impossible to conclude the cause of this dispersal definitively, but we can propose some possible causes based on our knowledge of sea otters and the characteristics of the location: 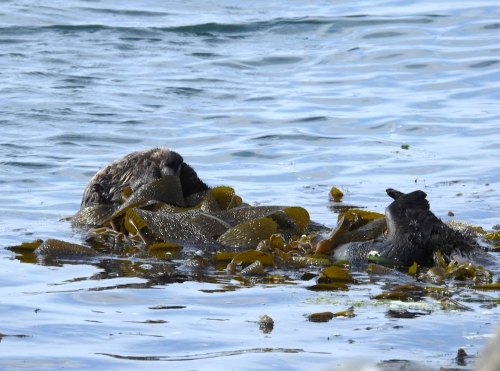 The current resident male rests in kelp near the Jetty Rd site. Photo by Gena BentallIn my opinion, factors 2 and 1 are most likely, in that order. To bolster that conclusion, a single male sea otter has been present at the Jetty Rd. area since the dispersal. He appears to be repelling other males and behaving in every sense like a territorial male. Did we miss a hostel takeover? IS one male capable of persuading an entire habitual raft to move elsewhere?  Not even the most expert among us can say for sure.

Two important things to note: the males probably dispersed to other parts of Monterey Bay (there is no evidence to suspect mortality), and the female population in adjacent Elkhorn Slough has remained relatively stable. Unfortunately, in the intervening years since the dispersal occurred, only partial range-wide censuses have been completed (years 2020 [no census], 2021, 2022), in part due to the pandemic. Thus, an empirical accounting for the shift in sea otter distribution in the Monterey Bay area is not available to help clarify the story.

Despite the loss of the Jetty Road boys, Moss Landing and Elkhorn Slough remain an essential habitat for southern sea otters, and maybe the bachelors will one day return.

Did this lone male drive off the Jetty Road raft? Photo by Gena Bentall February 2021 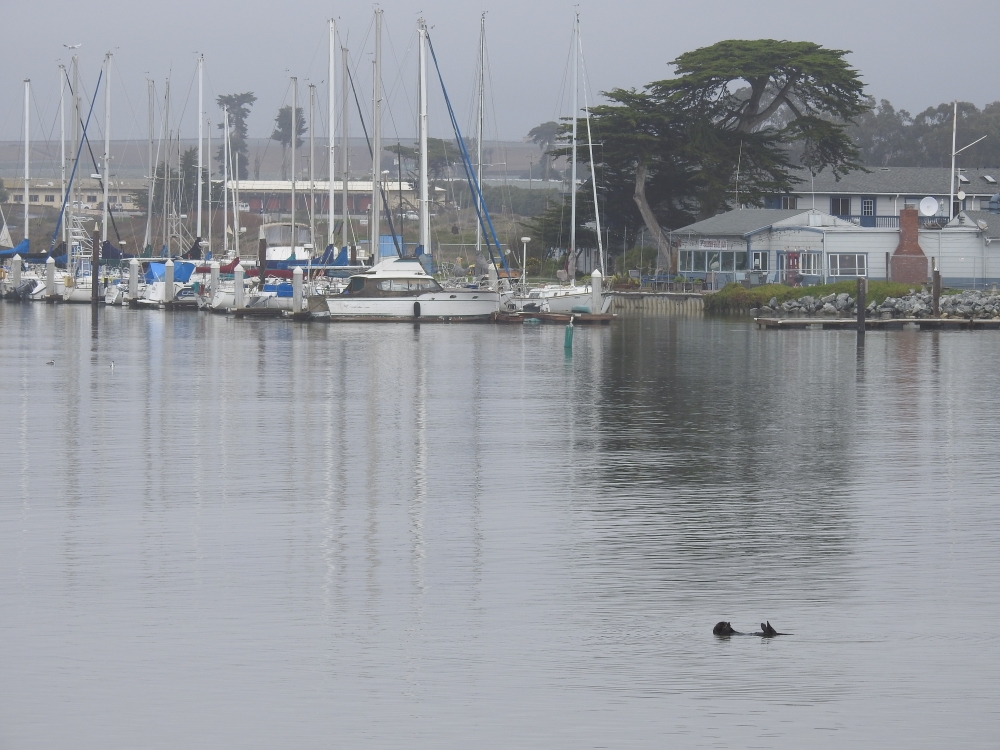